Wagamama, TGI Fridays and Karen Millen all appear to have breached NMW rules because they failed to compensate staff for purchasing "casual" uniforms.

Both restaurants appear to have an informal uniform policy.  In TGI's case staff were required to wear black shoes and at Wagamama's staff had to wear black jeans or a black skirt to accompany the branded top they were provided with.   Karen Millen required its staff to wear clothes from its range which they purchased at a discounted rate.

These employers appear to have misunderstood the rules about NMW and uniform policies.  Put simply, if an employer requires its staff to wear a formal or casual uniform (such as black jeans) its workers should receive additional payments to compensate them if buying these items brings their pay below NMW rates (which it will if workers are paid at or close to the minimum rate or the clothes are expensive to buy).

Ignorance is no defence and won't prevent employers being publically named and shamed on these lists, which can cause very damaging publicity.

HMRC has a technical manual which offers the following advice:

"As a condition of employment an employer may require workers to wear specific uniforms. If the employer requires the worker to purchase specific items, such as overalls, then any deductions made from pay or payments made to the employer in respect of those items will always reduce national minimum wage pay.

If a worker makes a payment to a third party for required uniforms the payment will also reduce national minimum wage pay since it is expenditure incurred in connection with the worker’s employment."

"Where a uniform is not required or where a worker freely chooses to pay for additional items of uniform (over and above the dress requirements of the employment), any payment to the employer or a third party will not reduce national minimum wage pay. The worker can also arrange to purchase optional items from a third party and ask their employer to deduct the cost from their pay and pay the third party on their behalf. The deduction will not reduce the worker’s national minimum wage pay."

“In the past we didn’t realise that asking our front-of-house staff to wear casual black jeans or a skirt, with their Wagamama branded top, was considered as asking them to buy a form of uniform and so we should have paid them for it. Lots of other businesses were also unaware of this regulation around casual wear,” a spokesperson said. “We have gladly made payments to current and previous employees who missed out, dating back from 2016 to 2013. We have also updated our uniform policy and we now pay a uniform supplement to cover the black jeans.” 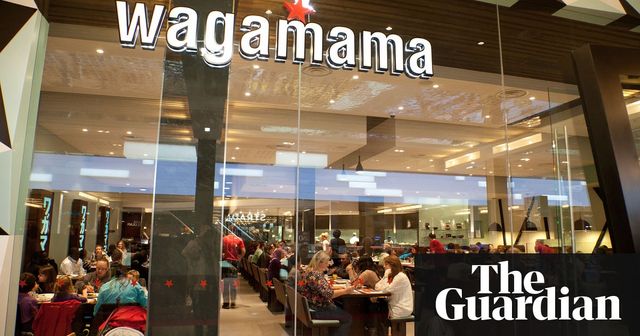