Anyone reading the papers today will have spotted reports about the Local Government Association's latest research, which is being used as evidence of 'land banking' by housing developers.

The analysis, which was carried out by Glenigan, finds that:

The figures also show that developers are taking longer to build new homes. It now takes 40 months, on average, from schemes receiving planning permission to building work being completed – eight months longer than in 2013/14."

The report has been released at a time:

So, naturally, it has attracted a lot of attention.

The question, however, is whether the analysis produced by the LGA actually demonstrates that housing developers are land-banking; or whether something else might be going on.

Having read the press release, I am not entirely convinced that 'land banking' or deliberately holding back sites from development is the reason behind the increase in undeveloped consents.

The first clue came in press release itself, which includes the following statement that local councils "granted planning permission in 2016/17 for 321,202 new homes - up from 204,989 new homes in 2015/16" .  If more planning permissions are being granted and it is taking longer, on average,  to complete developments, it is not surprising that the number of unimplemented or unfinished consents is also increasing. This is not necessarily evidence in favour of land banking, just that there are more planning permissions than there used to be.

There is a lot of work that needs to be done following the grant of planning permission and before a developer can get on to a site. Funding might need to be arranged; options may need to be exercised; reserved matters applications made and pre-commencement conditions discharged before any one can put a shovel into the ground. This all takes time, and it may well be over a year before all of the discharges have been obtained from the Council and a scheme is lawfully able to get under way.

Secondly, the notes accompanying the research on the LGA's website state that:

"The analysis estimates the number of uncompleted units on sites which have started building. Previous analysis commissioned by the LGA in 2015 assumed all units to be uncompleted until the whole scheme was completed."

A statement which confirms that un-built units on sites that are already underway have been included in the statistics. It can take a long time to finish a development. Sites that are underway can stall for any number of reasons - everything from viability issues; to delays caused by utilities providers getting gas, water or electricity supplies into the site; an unexpected archaeological discovery**; squatters; or simply the nesting season of a protected species of birds; can cause significant delays to completing a scheme. None of which is down to a lack of willingness on the part of the developer. Sometimes, it is simply bad luck.

Also, different statistics present very different pictures of what is going on. The Government's own statistics shows building starts and completions have increased significantly over recent years - although they do still lag behind the government's own ambitious targets for housing growth.

Solving the housing crisis is not easy and will require all parts of the system to work together; including local councils and private developers. Whilst accusations of land banking may be superficially attractive; I am not convinced that demonising those who are actually on the ground and building is overly helpful. Perhaps we should pay more attention to the systemic issues that can hold up delivery - such as delays in discharging pre-commencement conditions, viability constraints; or the availability of labour. Solving these may go a long way to speeding up the delivery of new homes; without demonising those who are actually developing.

** the partner who leads the team here, Carl Dyer, has a brilliant anecdote about a scheme where , for a time,  it was thought that they had discovered a Roman War Elephant's grave part way through the build programme ....

More than 400,000 homes have been granted permission but are still waiting to be built, according to analysis published by the Local Government Association – a rise of 16 per cent in the past year. It called on the Government to give councils new powers to use compulsory purchase orders to seize land that is earmarked for housing but is being left unused. ...... However, Andrew Whitaker, planning director at the Home Builders Federation, said: “The majority of permissions in this overly simplistic study are on sites where construction is already under way, or where a full permission that allows builders to actually start work has not yet been granted.” 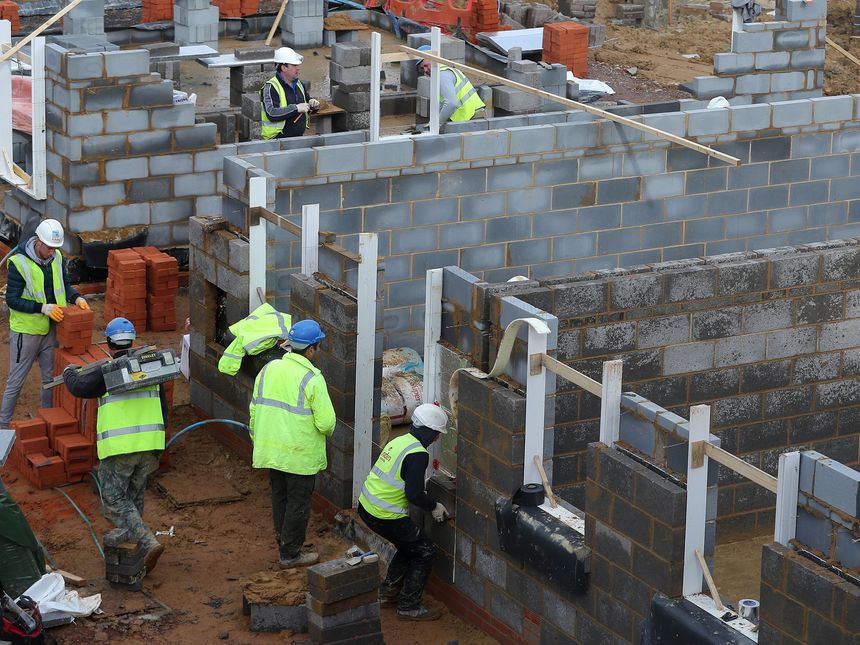