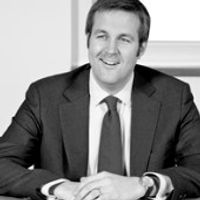 A white paper is expected shortly proposing changes to "value capture" and rules on implementation of planning permissions.

The intention is to tackle the perceived problem of landbanking (now being re-branded as "land hoarding"), where developers have consents for hundreds of thousands of dwellings. Potentially, if a planning permission is not entirely implemented by a given date, it will expire.

Any legal changes will be some way off, and there isn't much detail to comment on yet. What I find interesting though is the suggestion that the housebuilders and landowners have to resolve the housing crisis. At what point does a public crisis stop being the responsibility of the private sector?

The listed housebuilders have to use their assets in a way that protects shareholder value and returns. Those shareholders are usually pension funds. There is an upper limit to how quickly housebuilders want to flood a market with new homes, but also a lower limit to how slowly they are able to build out schemes, and secure a return on the costs of acquisition, finance, and getting planning. There are often good reasons for having undelivered plots.

Landowners may not be under legal obligations but will want to make sure that they get the best price achievable for their land. If their risk increases, and their site could be blighted in planning terms by allowing a developer to get planning permission before completing the acquisition, are they more or less likely to sell land? Are they only going to sell smaller parcels, leading to less infrastructure and affordable housing? Introducing this measure will not increase the sale of private land.

This measure may also be unwelcome to Councils. If it is to be fair, then a developer should only lose their planning permission if they have received timely engagement from the planning and highways authority on those pre-commencement and occupation conditions, and highways agreements. What happens if it is the utility companies who have been slowing things down?

Ultimately, if everyone agrees that there is a housing crisis, direct Government action is needed to commission more homes and release more public sector land. That will have a cost for the public, but has more potential for delivery than increasing the risk applying to owners and developers and pushing them to act against their own interests. That will just make the private sector clam up.

On value capture, if we already have tax on gains and income, and measures to address the external impact and public cost of development, is it really right that the increased values resulting from being allowed to do something are shared with Government? Should this apply when a business is permitted to register at Companies House, or should DVLA capture some of the value from giving Lewis Hamilton a driving licence? Just a thought.

As part of the government's drive to kick start housebuilding, Javid and Tory grandee Oliver Letwin are carrying out a review into land banking, the practice of buying land but not immediately developing it. The findings of the review, which spooked builders back when it was announced in the Chancellor's autumn budget, are expected to be formally published in the spring. As well as potentially losing planning permission and greater use of compulsory purchase powers, other measures being considered include introducing new charges on land that rockets in value after being approved for development.

Is there a housing crisis?
Brian Dowling