At 10.30 this morning, the High Court issued its judgment in the Richborough Estates case*.

For those who have not been following the litigation, it centres on a written ministerial statement issued in  December 2016.  The statement altered the criteria governing when neighbourhood plan policies should be considered out-of- date in circumstances where the Local Authority in question does not have a five year housing land supply.

Before the statement was published, the Courts had concluded that where a Local Plan was 'out of date', through the operation of paragraph 49, then the neighbourhood plan was also 'out of date' and could only be awarded limited weight. Although precisely how much weight, was a question for the decision maker.

The written ministerial statement changed this rule for neighbourhood plan areas, so that the policies in a neighbourhood plan, which had been adopted in an area where the Local Planning Authority did not have a five year housing land supply, should only be considered out of date where:

At the beginning of 2017, a consortium of housing developers began judicial review proceedings, challenging the lawfulness of the written ministerial statement in the High Court.  They won an early argument over disclosure - in a decision which contained much criticism of the evidence supporting the statement **- but have now lost the next battle and quite possibly the war, I have yet to see any news about whether permission has been sought to appeal.....

In his Judgment, which was handed down today, Mr Justice Dove found against the consortium on all five grounds of challenge and dismissed the challenge. As a result the written ministerial statement survives unscathed.

This will be disappointing for a large number of house builders, as well as those advisers (like me) who find neighbourhood plans somewhat problematic - particularly when there is no up-to-date Local Plan in place to allocate housing numbers on a more than local level. It does, however, fit the pattern of Planning Court judgments, which have tended to take a more 'hands-off' approach to planning policy than had previously been the case.

For those who are interested, excerpts of Mr Justice Dove's findings on each of the five grounds are set out below***:

"when the WMS was made, it faithfully reflected the interpretation of paragraphs 14 and 49 provided by the Court of Appeal in Hopkins Homes, and that the emergence of a different interpretation in the judgments of the Supreme Court did not render the policy unlawful and liable to be quashed." (para 37).

"It is obvious that the purpose of the WMS, and the subsequent addition to the NPPG, was to change national policy in relation to housing applications in areas with a recently made NDP. I can see nothing in principle unlawful with changing policy. The reality is that, as set out above, paragraph 49 continues to apply as a trigger for the tilted balance in accordance with paragraph 59 of Hopkins Homes in the Supreme Court. The effect of the WMS and NPPG is that when assessing the tilted balance, significant weight should be given to the NDP if the three criteria contained in the WMS and NPPG apply. That is not an amendment to paragraph 49, or for that matter paragraph 14. In my judgment it is a clear policy which is not irrational and is grounded in the elements of the Framework engaged with housing delivery and neighbourhood planning." (Para 45)

" the defendant merely observes that the "recent analysis suggests" that NDPs are helping to boost housing supply.  The use of that word indicates clearly that the defendant was not asserting that this was a hard and fast concluded view.  ....  it is a large leap from observing that mismatch to concluding (when the "recent analysis" was in the public domain and available in order to obtain further understanding of the reasoning underpinning the WMS) that the defendant was here making an irrational decision based upon mistakes of fact giving rise to an error of law" (para 52)

"in my judgment that it is quite impossible to conclude that the decision which the defendant made was irrational on the basis contended for under Ground 2, namely that either the evidence was not understood by the defendant, or alternatively the evidence was wholly inadequate to substantiate the issuing of the policy. The criticisms raised in relation to the qualities of the evidence contained in the 2015 and 2016 research is based upon matters which are clear and specified in the research itself." (para 55)

"the reference to three year housing land supply is clear."

"There is, in my judgment, a relatively short answer to this Ground. ...  whilst it is undoubted that the Framework clearly promotes as a key priority a significant increase in the supply of homes, and places a national priority on this objective as a key change in National Planning Policy, ... It is not a policy objective which is to be pursued at all costs and irrespective of the other objectives of the Framework. .... As is far from uncommon in relation to the consideration of planning policies the objectives addressed in the Framework will, from time to time, pull in different directions. The decision-maker, or in this instance the defendant as policy maker, will have to balance the interests and objectives of the policy in reaching a view as to the appropriate decision or policy to adopt. This is precisely the process which was engaged in the publication of the WMS and I am unpersuaded that there was any irrationality in the defendant's decision in this connection." (para 61)

"in my view the evidence does not establish that there has been an unequivocal assurance on the basis of practice that a WMS in relation to national planning policy for housing would not be issued without prior consultation. It is clear that on at least two occasions the defendant has issued WMS without consultation affecting national planning policy for housing. Thus I am unconvinced on the evidence that the claimants have established a legitimate expectation that they would be consulted on the WMS." (para 75).

*** WARNING - from this point on, I copy and paste liberally from the text of the Judgment. As Mr Justice Dove is a much better and succinct lawyer that I am and I do not necessarily trust myself to précis effectively.

"Conclusions For all of the reasons which I have set out above I have reached the conclusion that the claimants' case on all five Grounds as advanced cannot be sustained. It follows that this claim must be dismissed." 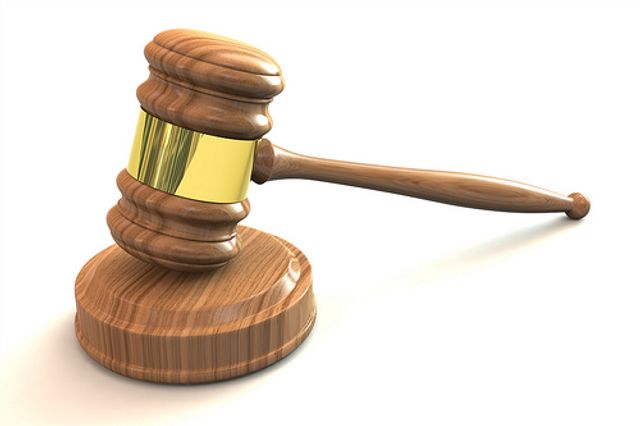