A week is certainly a long time in politics. It is six days since my last blog post and, not only has the rumoured reshuffle taken place, but we now have:

Apart from a lot of money being spent on new signage and stationery, oh, and some snappy new acronyms (MHCLG and SOSHCLG respectively), I am not entirely sure what this is intended to achieve.  Housing has been a major part of DCLG's remit for some time and has been a increasing political priority ever since the NPPF was first published in 2012. Call me a cynic*, but I do not quite see how adding an 'H' to everybody's job title will make much of a difference.

It has not been confirmed as yet whether Mr Raab will also inherit the planning brief, but as there is no sign of a new 'Planning Minister' at the time of typing, it seems reasonably likely.

Helpfully, for those of us with an inquisitive** disposition and access to Google, the new Housing Minister, who is the MP for Esher and Walton, has a constituency blog. The blog, which can be accessed at: http://dominicraab.com, does contain a number of planning and housing related posts. In a fit of curiosity, this afternoon, I read a number of them. There are very few revelations - unsurprisingly, given the nature of his constituency, the Minister is very keen on protecting the green belt. He also comes out in favour of affordable housing, but I can't remember the last time a minister disagreed with that particular policy.

The new Minister's most recent intervention, in February 2017, was to write to Elmbridge Council to urge them to maintain and preserve the borough's green belt in its local plan. A link to a Get Surrey article on the intervention can be found here: http://www.getsurrey.co.uk/news/surrey-news/mp-dominic-raab-says-every-12618291

The Estates Gazette has also published a helpful profile on the new minister, which can be found here: https://www.egi.co.uk/news/who-is-new-housing-minister-dominic-raab

What is certain, however, is that the new minister is going to have to get up to speed pretty darn quickly if MHCLG*** is going to be able to deliver on the promises of the Housing White Paper published by Gavin Barwell, and endorsed by Alok Sharma.  This would be a daunting task for any new minister, let alone one who has just inherited one of the most politically high-profile crises in a while.

*you will not be the first to do so.

*** and I thought the change from Opal Fruits to Starburst was tough-  this is going to take me a while ...

Number 10 announced that Sharma will be replaced by Dominic Raab who moves from the Ministry of Justice A spokeswoman for the Department for Communities and Local Government was unable to give further details on whether Raab would take on Sharma's planning brief, but said that more details would be announced "in due course".  .... In a tweet, shadow housing secretary John Healey welcomed Raab to the role. However, he added that it was "worrying that he is the third housing minister in 18 months since Theresa May became PM, and seventh since 2010."  .... Yesterday, Sajid Javid become secretary of state for housing, communities and local government as part of the Cabinet reshuffle. 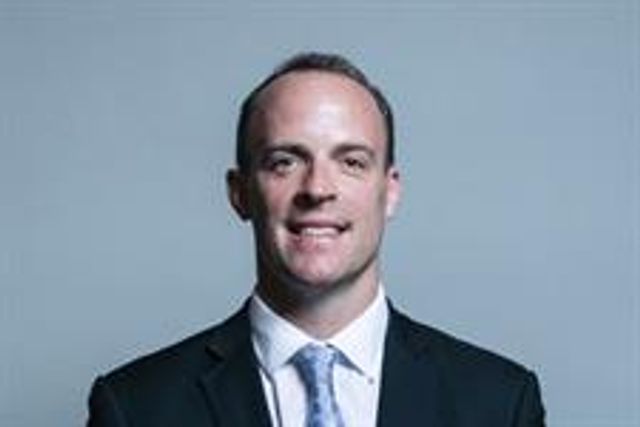