It is not surprising that a system based on Local Plans that are intentionally drafted to cover a 20-year period, and then rarely updated promptly, struggles to  adapt to innovations that appear out of nowhere and catch on like wild-fire.

We have already seen run-ins between Local Planning Authorities and Airbnb; and clashes between Uber and local licensing authorities frequently hit the papers.

This time, the app-based troublemakers that have come to the attention of the authorities are Deliveroo and UberEats - both of which are delivery services which will collect a meal from participating restaurants and bring it to your front door.

Westminster Council which, to be fair, includes part of central London and contains a LOT of restaurants, is sick of responding to complaints about delivery drivers and has decided to tackle the problem using the planning system.

They are introducing a policy whereby any restaurant which makes heavy use of the delivery services may have to apply for a change of use in order to avoid enforcement action. Whether a change of use application is required will be determined by the volume of deliveries taking place from the restaurant in question.

According to a statement released by the Council , the change will need to be applied for when deliveries reach "the point they are no longer a secondary use" and applicants will need to "demonstrate that they minimise disruption in local neighbourhoods".

Now, I have not actually read the proposed wording of the Westminster policy, and it may very well be that what I am about to say will be proved wrong when the wording is released. However, I suspect that Westminster is about to classify restaurants which serve diners on site and through delivery apps as a "Sui Generis" use, falling entirely outside of the Use Classes order, or as a new "mixed use" which requires planning permission.

This is because the current Use Classes Order*, as it applies in England, separates out restaurant uses, which fall within Use Class A3**, from takeaway shops, which fall within Use Class A5**.  A restaurant which also delivers a lot of meals to people at home, through the use of an online ordering and delivery system, is clearly not a takeaway in the traditional sense, so classifying it as Sui Generis would be the most logical way forward.

There are currently no permitted development rights which allow a change of use from a Class A3 Restaurant to a Class A5 Takeaway, so if the Council did not adopt the Sui Generis approach, but instead insisted that a restaurant which had a large volume of deliveries was now a takeaway instead, this would still require a planning permission. It would however be a very clunky approach to the situation on the ground.

The upside to the "enforced takeaway" classification, however, would be that no planning permission would be needed if the restaurant stopped using the delivery service and went back to serving  'in house' diners alone. There is a permitted development right which allows the conversion of a takeaway to a restaurant without planning permission, in England****.  Sui Generis uses do not benefit from permitted development rights at all, so if Westminster did go down that route, any restaurant which ceased to use the service, or reduced the number of deliveries made,  would need a further change of use application to go back to being a Class A3 Restaurant.

Whatever happens, I would fully expect both Deliveroo and UberEats to start lobbying hard to change Westminster Council's mind. The whole point of the app is to provide an easy and convenient service for both restaurants and lazy folk like me, who cannot be fussed to cook. The addition of this much red tape and paperwork is likely to make a large number of restaurants think twice about whether it is worth the hassle.

** Use Class A3: "Use for the sale of food and drink for consumption on the premises."

*** Use Class A5; "Use for the sale of hot food for consumption off the premises."

Any restaurants found to be using deliveries as more than an incidental service will have to apply for a change in planning permission and prove that they minimise disruption in local neighbourhoods. The policy will be included in the council's City Plan next spring. Mr Astaire said that with nearly 3,000 restaurants in Westminster, the council needed policies "to keep up with new technologies". "It is a popular, much needed service but we can't allow the city to be swarmed with delivery drivers," he said. A council spokesman said that under the new rules, the volume of deliveries would determine whether a restaurant's deliveries constituted an incidental use or not. 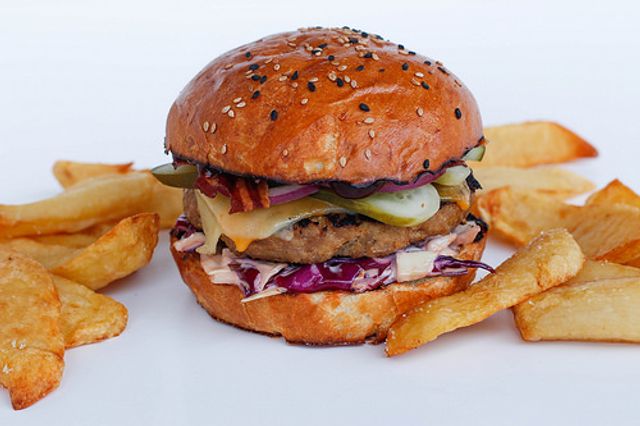