You may recall some controversy, at the start of the year, over a written ministerial statement which Gavin Barwell, the former planning minister, issued last December*. The statement purported to alter the criteria governing when neighbourhood plan policies should be considered out-of- date in circumstances where the Local Authority in question does not have a five year housing land supply.

The written ministerial statement purported to change this rule for neighbourhood plan areas, so that the policies in a neighbourhood plan, which had been adopted in an area where the Local Planning Authority did not have a five year housing land supply, should only be considered out of date where:

At the beginning of 2017, a consortium of housing developers began judicial review proceedings, challenging the lawfulness of the written ministerial statement in the High Court.  The judicial review challenge is due to be heard in full next week, however an initial ruling on one discrete aspect of the claim was released today and the judgment finds firmly in the developers' favour.

The initial ruling relates to a factual claim made in the written ministerial statement, as part of the government's reasoning for strengthening neighbourhood plans in areas without a five year housing land supply. The controversial statement in question was that  adopted neighbourhood plans which  "plan for a housing number have on average planned for approximately 10 per cent more homes than the number for that area set out by the relevant local planning authority."

This claim has been attacked on a fairly regular basis since it was first made, as it was based on a relatively small selection of local plan areas; and had since been shown to be inaccurate.

The Developers had challenged the accuracy of this claim and also criticised the government for not disclosing the evidence which led to the claim being made. The High Court has now upheld this challenge, with Mr Justice Gilbart ruling that the evidence supporting the claim should have been disclosed by the Secretary of State. He is also reported to have accepted that the claim may well be inaccurate.

This early victory by the Developers could be rather important. If the evidence that is now to be disclosed demonstrates that the 10% claim is, in fact, false it could significantly bolster the consortium's prospects of success when the main judicial review claim is heard next week.

Like most of my fellow planning nerds, I await the reports of next week's hearing with great interest; and will no doubt be writing on it again once the final judgment is released.

* my post commenting on the WMS, when it was published, can be found here: https://improperty.passle.net/post/102dvvo/in-the-third-week-of-advent-dclg-gave-to-me-yet-more-neighbourhood-plan-uncer

In agreeing with the claimant, Mr Justice Gilbart accepted the claim that it was not true that the average neighbourhood plan made provision for 10 per cent more housing. It was based on a selection of plans and not all plans which had been made. The judge ruled that the secretary of state should have disclosed the evidence which supported the 10 per cent claim.  The 10 per cent figure was recently cited by communities secretary Sajid Javid at the Conservative Party conference.  The ruling is related to a judicial review challenge launched in January by a consortium of developers which seeks to overturn the government's move to strengthen neighbourhood plans in areas where the local authority does not have a five-year housing land supply. 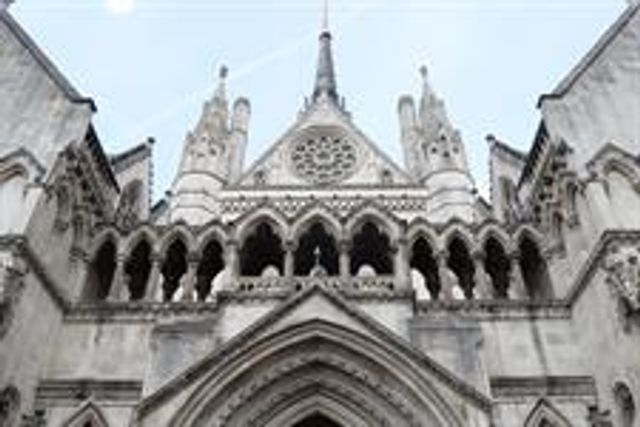