A bit like preparations for Christmas, the  season of pre-budget reporting seems to begin earlier each year. We are just over four weeks away from the Autumn Budget, and speculation over the likely content is already starting to find its way into the papers.

Given the focus placed on house building at the conservative party conference; it seems clear that housing and development are likely to feature heavily when the budget is published on 22 November, but precisely how the housing crisis should be tackled seems to be a matter of some debate - not least within Government itself.

A particularly heated area of discussion appears to be the green belt  and the restrictions that it places on development in some areas of the Country. On 16 October, the Daily Mail ran a story stating that "Ministers and officials are examining radical proposals to release public land in the green belt to help ease the housing crisis."* Yesterday, the Telegraph ran a piece stating that whilst the Chancellor was considering 'radical' plans for the green belt in order to boost housing supply,  the Prime Minister "has insisted that green spaces must be preserved".

The apparent lack of certainty over how best to move things forward,  however, goes wider than the green-belt. We have been promised the Government's response to the CIL Review as part of this budget - a review which concluded that CIL, in its current form, was failing to achieve almost all of its initial aims and was in need of wide-spread reform. However, recent indications as to how the flaws in the system are to be addressed range  from statements in the 'housing need' consultation** , which suggest that we are likely to get adjustments to the current system rather than wide-spread reform; to the National Infrastructure Commissions recent statement suggesting that a more wide-ranging Land Value Capture system may be on its way.

We will have to wait until the official 'pre-briefing' begins in the week before the budget to find out which of the competing ideas will make the final cut.  Until then, I am more than willing to hear your best guesses on the subject!

For anyone interested, The NIC's comments on land value capture are summarised beautifully in this planning resource article:  http://www.planningresource.co.uk/article/1447350/infrastructure-adviser-explore-land-value-capture-mechanisms

The report from which they have been taken can be found here: http://www.nic.org.uk/wp-content/uploads/Congestion-Capacity-Carbon_-Priorities-for-national-infrastructure.pdf

* which closes on 9 November 2017: https://www.gov.uk/government/consultations/planning-for-the-right-homes-in-the-right-places-consultation-proposals

The Telegraph reports that May will today meet Britain’s biggest developers in Downing Street. It says that chancellor Philip Hammond "is said to be considering plans to build on more green belt land", but adds that May, "who has defended the green belt throughout her premiership, has insisted that green spaces must be preserved". The Daily Mail says that, at the same meeting, May "is expected to raise the controversial practice of ‘landbanking’, which is blamed for hindering housebuilding as private companies sit on plots that have been granted planning permission". The newspaper quotes a government source saying that May would be "laying down a challenge" to developers over the issue in a "robust but constructive way". 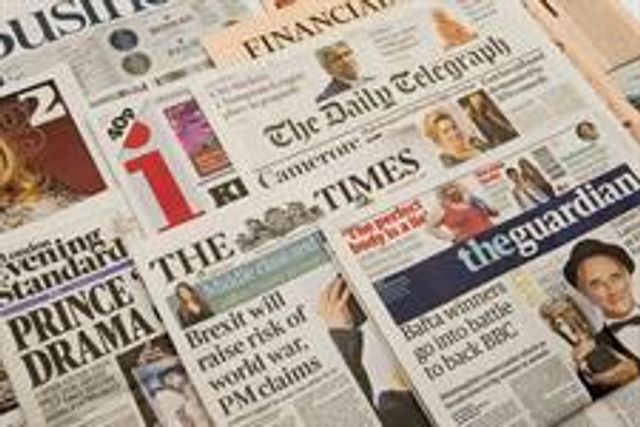