Last week, Planning Resource published a story which got fairly close to ruining my day*. DCLG are inviting tenders for a contract to support neighbourhood planning across England. The eye-catching part, is that the contract includes running pilot schemes to:

"explore the potential of using CIL to fund the production of plans, "where applicable, as a replicable future self-financing mechanism for some neighbourhood planning groups"."

This potential new policy depressed me on a number of levels, and not just because it combines two of my least favourite things: CIL, and neighbourhood plans.

1.      Firstly, the tender document does rather indicate that those of us who may have been hoping of some kind of CIL reform announcement in the Autumn Budget are likely to be severely disappointed.

Whilst the tender documentation is at pains to point out that the pilots have yet to be confirmed, the fact that DCLG are seeking a contractor to run them does  suggest that they are not prepared to abandon CIL as yet. This is despite their own review group finding that the current system is 'not fit for purpose' when considered against its original objectives and is in need of root and branch reform.

Whilst I had expected that CIL reform would not be a major priority, the hint that the Government may actually be considering widening the scope of the regime is decidedly unwelcome.

2.      The new policy runs counter to the whole purpose of CIL, which has always been intended to make more funds available for the delivery of infrastructure. Diverting funds away from new roads, schools and health facilities in order to pay for the creation of yet more planning policy documents is hardly going to win the hearts and minds of local communities. Let alone persuade them to accept the necessity of more development in their vicinity.

3.     Taking these  funds out of the share already transferred to local communities and parish councils, will not resolve that particular issue. The parishes that benefit most from the Boles Bung are those who already have neighbourhood plans in place and, as a result, should already have genuine infrastructure improvements in mind on which to spend the funds - such as improvements to children's play areas or recreational space. These areas are not going to be best pleased if their share of the funds are reduced in order to bring forward neighbourhood plans in other parts of the borough.

4.    Given the current shortage of housing in England, and particularly in the South-East,  I am not entirely sure that encouraging the adoption of more neighbourhood plans across the Country is a good idea. At least, not in advance of adopting policies requiring them to allocate sufficient levels of deliverable land for new housing developments.

In short, personally, I think this is a very bad idea. Hopefully, "wider policy decisions" will intervene and these plans will remain firmly on the drawing board ....

*thankfully, I found a chocolate bar in my desk shortly after reading it, which aided my recovery.

Tender documents published by the DCLG show that the government is seeking a contractor to deliver the support service.... The tender documents also reveal that one of the objectives of the contract is to deliver pilots to explore the potential of using CIL to fund the production of plans, "where applicable, as a replicable future self-financing mechanism for some neighbourhood planning groups". Along with a proposed pilot scheme on neighbourhood development orders that "support housing delivery and good quality design", these pilots are "subject to wider policy decisions" and are yet to be confirmed, the tender documents say. Councils are already required to transfer to town and parish councils up to a quarter of the levy receipts arising from the development that takes place in their area 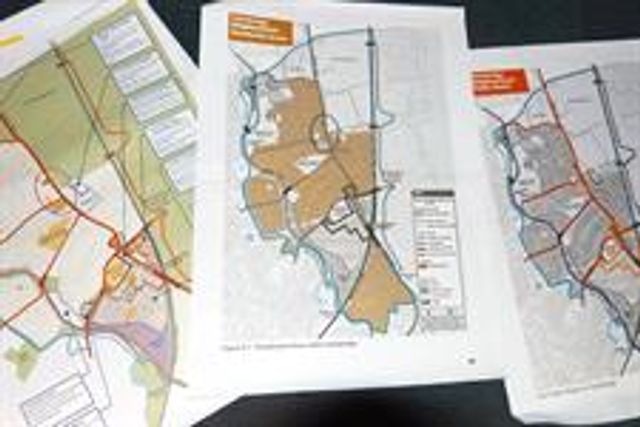