If Boris Johnson will always be remembered as the Mayor who introduced the 'Boris Bike' to the capital; then the current Mayor of London, Sadiq Khan, appears to be hoping for a different kind of legacy - namely, vastly increasing London's affordable housing stock.

This is certainly a topic that the Mayor feels strongly about. Over the summer he criticised developers for reducing affordable housing provision to 'unacceptable levels' when renegotiating s.106 Agreements on viability grounds. In August, The Mayor introduced new Affordable Housing and Viability Supplementary Planning Guidance aimed at boosting provision within large-scale developments to at least 35% (with a 50% target threshold for developments on public land). This is largely  to be achieved by introducing a 'fast track' route for schemes that meet the affordable housing threshold and imposing in-depth viability reviews on all developments which fail to do so.

During the last week, we have seen two further decisions which show just how seriously the affordable housing issue is being taken by the GLA.

On 5 September, the Mayor refused permission for an application to increase the number of homes to be provided as part of the redevelopment of New Scotland Yard. The original consent  was for 268-home mixed-use scheme, which included ten affordable units on site and provided a £10 million contribution to providing further units off-site. The revised application, which was signed off by the Local Planning Authority, sought permission for an additional 27 homes, but without also increasing the affordable housing provision on site or increasing the amount of the payment in lieu.   Announcing his decision, on the Mayor of London website, Sadiq Khan again came out on the offensive; blasting his predecessor, the developers and the  Battersea Power Station decision (again) in a single press release.  He said:

This is a site which has only recently been transferred from public ownership and sits within one of the most expensive areas of the country. Having carefully considered the evidence available to me, I have decided to refuse permission for this amended application.

This comes just a few weeks after the outrageous decision to cut the level of affordable housing at Battersea Power Station and I am more determined than ever to do all I can to ensure Londoners are not short-changed when it comes to developers doing their bit to help tackle London’s housing crisis. The government now needs to show it is committed to this too and devolve the powers to help me stop developers getting away with unacceptably low levels of affordable housing.”

Just one day later, on 6 September, a new affordable housing policy was announced in the Draft Housing Strategy, which is currently out for consultation*.

The policy is set out on page 15 of the executive summary to the consultation, and states:

The requirement that demolished affordable housing units are replaced on a like for like basis is a new requirement for London, and the strategy itself provides limited assistance in explaining precisely what this means. The most helpful paragraph states:

"This means that homes for social rent must be replaced with homes at similar levels. To ensure that homes of appropriate sizes are provided, replacement will be on the basis of floorspace, rather than units."

which seems to indicate that the requirement will be aimed at protected rent levels and the overall amount of floor space, rather than the number or mix of units to be provided, but this may well be expanded on after the consultation closes.

Unsurprisingly, the Draft Housing Strategy as a whole strongly encourages London Boroughs to maximise the provision of affordable housing where ever possible and entreaties Parliament to give the Mayor greater powers to intervene when they fail to do so. Other headline policies in the  Draft Housing Strategy can be summarised as follows:

The consultation on the Draft Housing Strategy runs until 7 December. Information on how to respond can be found at the website link below:

the developer.... then sought to increase the total number of homes by 27, from 268 to 295, with no increase in the number of affordable units or £10 million payment in lieu... Westminster City Council had resolved to approve the application, subject to its referral to the mayor. A Westminster Council planning report said it was considered that the offer of 10 on-site affordable units together with the £10 million financial contribution to affordable housing provision elsewhere ..."acceptable in the particular circumstances of this case". But a statement from the mayor’s office said that an assessment by City Hall’s in-house viability team had found that the "offer of no extra affordable homes nor any payment in lieu would mean it failed to deliver the maximum amount of affordable housing viable". 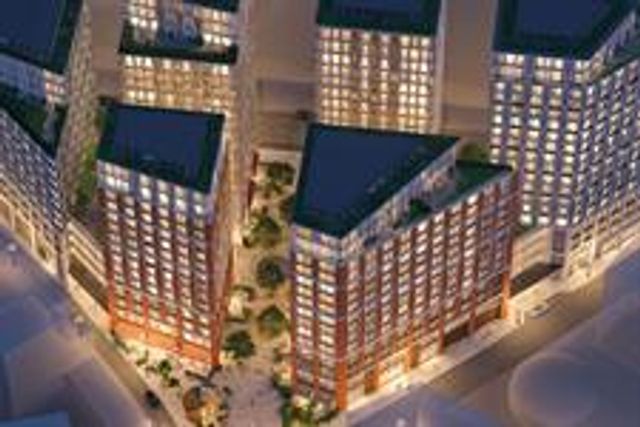 1/2 Khan sticking to his word on Affordable Housing with refusal of amends to New Scotland Yard development... https://t.co/nP6sZR3Avr