Given that July and August are supposed to be the 'silly season' there has been a remarkable amount of news generated this summer.

In July, Chris Grayling sparked a small storm of headlines by announcing his support from Crossrail 2 in London, barely a week after scaling back a number of rail electrification projects across the rest of the UK - most notably the trans-Pennine route between Leeds and Manchester, which is seen as vital to the success of the Northern Powerhouse.

Several other regional rail electrification schemes were scrapped entirely, including the line from Cardiff to Swansea in South Wales and route from the Midlands to Sheffield and Nottingham.  This inevitably led to claims that the Government was prioritising projects in London and the South of England over the rest of the country.

This debate may well revive in the near future, as DCLG has today announced £6.2 million of government funding to accelerate the delivery of a new road scheme in Didcot, in South Oxfordshire.

The investment in Didcot, in and of itself, is not surprising. The road is critical for the delivery of a nearby Garden Town and Oxfordshire  has a strongly growing economy - largely based in the science and technology industries - which the Government is keen to encourage. Oxford came joint second in Irwin Mitchell's most recent growth-tracker table, with its economy summarised as follows:

"Oxford’s economy has flourished in recent years with the city specialising in a number of high tech industries such as biotech. With strong international investment, and a number of business incubators like the Fab Accelerator, Oxford is set to remain an entrepreneurial hub."*

It does, however, still raise the question of whether the Government's funding priorities are overly focussed on London and the South East.

There appears to be conflicting information on this, and I genuinely have no idea whether the criticisms of the Government's funding priorities are well founded. To a large extent it appears as if the conclusions you will reach depend on the formula that is being used to calculate the funding levels.

It is completely possible that both sets of statistics are, in fact, accurate - as London has a significantly higher proportion of its population use public transport on a daily basis than the rest of the country (and that's before commuters are taken into account).  As such it is very difficult to tell whether there is a funding gap and, if so, how big it might be.

It is also possible that the Didcot decision has nothing to do with the location of the town, and much more to do with the fact that the investment sought is for a road - as opposed to railway improvements - and is therefore significantly cheaper for the government to fund. It was reported in 2015 that the cost of electrifying the Great Western railway line between Cardiff and London could reach £2.8bn in total** and it is unlikely that this cost has decreased over the last two years.

What does seem clear, however, is that funding is more likely to be given to those infrastructure projects that can demonstrate  that they will deliver clear economic benefits upon delivery. Given the current uncertainties around Brexit, and on-going discussions over the state of our public finances,  it is hard to blame them for seeking to ensure that they get the greatest possible bang for their buck, when it comes to investing in infrastructure. Whether this is resulting in an unfair distribution of investment, however, is very much still up for debate!

Government funding has been awarded to South Oxfordshire district council to accelerate the delivery of Didcot’s Northern Perimeter Road ... As a critical transport link around Didcot, it will be one of the new roads that will be key to the success of Didcot Garden Town, a locally-led development which aims to build over 15,000 homes by 2031. This funding will help relieve pressure on local transport networks and accommodate the expanding communities in the local area. The infrastructure investment promises to boost economic growth across the Science Vale and enterprise zone, increasing employment by 20,000 over the next 20 years. Housing and Planning Minister, Alok Sharma said: .... This £6.2 million funding is excellent news for the Oxfordshire area, promising to boost local growth and turbo-charge the delivery of thousands of new homes. 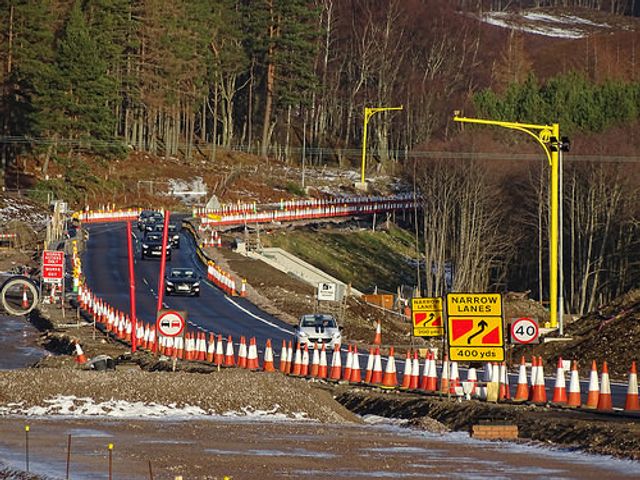