The provision of affordable housing in London is rather a contentious topic at the moment. This is not that surprising given that London has some of the highest average house prices in the Country and the dubious distinction* of being the third most unaffordable city in the UK for first time buyers (first and second places going to Brighton and Bristol respectively).

Last month, in an incident that got rather a lot of press coverage, the Mayor of London expressed his severe displeasure at s.106 Agreements  being renegotiated after the grant of planning permission, to reduce affordable housing levels. This week, he has again commented on the topic.

In a written response to a question from a member of the London Assembly, Kahn confirmed that he was seeking further powers to enable him to intervene in s.106 renegotiations concerning affordable housing provision. As you can probably tell from the title of this post; I was rather struck by the timing of this comment, as it comes alongside a consultation that proposes significantly increasing the rates of Mayoral CIL.

The Mayoral CIL consultation (which closes on 7 August) proposes both to increase the standard CIL charges in London across the board and to introduce differential charging rates for the first time - which would apply to retail and office developments in the Isle of Dogs and Central London.  A  summary of the proposed amendments can be found at the bottom of this post and a full comparison table in my blog post of 5 July **

Mayoral CIL is paid in addition to any CIL levied by the relevant Borough Council and, given the land values and sums at stake, it probably would not surprise anyone to learn that:

CIL rates, once adopted, are non-negotiable and cannot be reduced on viability grounds, unless the local authority has adopted exceptional circumstances relief (which very few of them have). As such, any viability issues which crop up after the planning permission has been issued HAVE to be addressed through s.106 renegotiations. The planning system does not currently have any other way to resolve them: unless you consider not building the scheme at all to be a solution.

Affordable Housing is now generally expected to be built without any grant funding from local or central government, which places the cost burden for providing it firmly on the shoulders of developers. As a result, it tends to be the most 'costly' part of any s.106 Agreement and the most logical place to seek reductions when viability becomes an issue. The other areas  that could be cut tend to have a more direct connection to the acceptability of the scheme - such as road improvements to address traffic or highways safety concerns.

For anyone tempted to think that these issues should be spotted before planning permission is obtained, half an hour reading through the CIL regulations should be enough to disabuse you of this notion. It is an inevitable result of how the regulations are drafted that some developers will end up with a very nasty surprise when their Liability Notice arrives.  For example:

By threatening to play hardball on s.106 renegotiations, the Mayor of London is essentially threatening to cut off the only practical way of dealing with these types of nasty CIL related surprises. A threat which has been made just as his consultation on increasing CIL charging rate throughout the capital is about to close. If the proposed rates are adopted, he may well increase the likelihood of developers needing just this type of s.106 adjustment in the future - to ensure that their schemes remain deliverable.

Call me a cynic, but I do not think that 'having your cake and eating it' will be any easier for the Mayor of London to achieve when it comes to balancing CIL and Affordable Housing than it has been  for central government in the context of  Brexit.....

Proposed differential rates for office, retail and hotel  uses in Central London and Isle of Dogs from April 2019 (£ per sq m)

* according to research by Post Office Money, which Brian blogged about earlier this week (https://improperty.passle.net/post/102ecrp/southern-first-time-buyers-coasting-along)

Khan has said he is seeking more power to intervene in such cases. He said: "Whilst it is unnecessary and inappropriate for me to be a signatory to every legal agreement, I should have a strong role in any renegotiation when this relates to affordable housing on strategic applications, and be fully consulted on any such proposed amendments. I am seeking such powers from the government." A spokesman for the mayor confirmed the comments, adding: "Sadiq is writing to all local councils in London to offer City Hall assistance in scrutinising developments to ensure they provide the maximum amount of affordable housing. "The mayor is in ongoing discussions with government about his planning and housing powers, and he believes he should have a stronger role when affordable housing in strategic development is at stake." 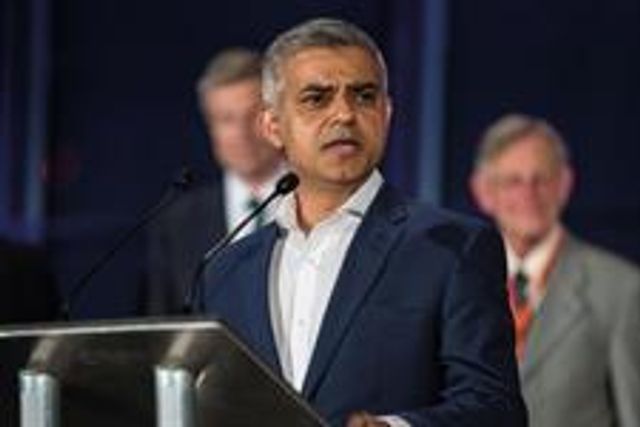