It is both well known, and widely documented, that the UK is getting older.

According to the Office of National Statistics, by 2026 a greater proportion of the UK population will be over 65 than under 15 years old (20.5% to 18.8% respectively). This discrepancy appears likely to grow over time. The statistics for 2046 being predicted at 24.7% of over 65s compared to 17.7% of the population being aged under 16.

This dramatic demographic shift presents huge challenges for our society, impacting on everything from the obvious: such health and social care, and pensions to the more obscure: such as making sure that shops, cafes and local spaces are accessible to those with walking aids and that advertising agencies wake up to the spending power of the 'grey pound'. Even the prospect of bringing back 'free' university education is potentially affected, due to the need to simultaneously prioritise funding on social care, the state pension and the NHS - as balancing acts go, it is a very tricky one to get right.

The one area which  should already be geared up to deal with the issue, however, is the planning system... and  research which we have recently undertaken for Property Week  shows that this is simply not the case.

This is beyond merely disappointing.  Local Plans are intended to ensure that we get the development that we will need moving forward. That is the whole point. It is not as if the changing demographics in our society have arrived from nowhere; economists and statisticians have been pointing out the trends for years.

Now that the impacts are beginning to be felt, the issue has moved higher up the political agenda, with social care and pensions regularly making the headlines. The Housing White Paper promises both a greater focus on providing specialist elderly housing - through amendments to the NPPF - and a on-going ‘conversation’  with key stakeholders around providing further support to the industry.

According to the rumour mill, the promised amendments to the NPPF are likely to be published towards the end of the year. Given the lack of focus on the issue, identified by today’s article, we can only hope that they come forward sooner rather than later…

Developers have long complained that a major barrier to the delivery of more retirement living schemes to meet the needs of an ageing population is the planning system. And now, research conducted by law firm Irwin Mitchell exclusively for Property Week confirms they are right to call foul. Put simply, most planning authorities are not prioritising housing for older people in their local plans and supporting documents. Irwin Mitchell’s researchers studied planning documents at all 329 planning authorities in England,..... Using search terms including ‘elderly’, ‘older people’, ‘retirement homes’ and ‘care homes’, they scoured documents to find evidence of both dedicated housing policies for older people and site allocations for homes aimed at older people. ..... The results are pretty damning. 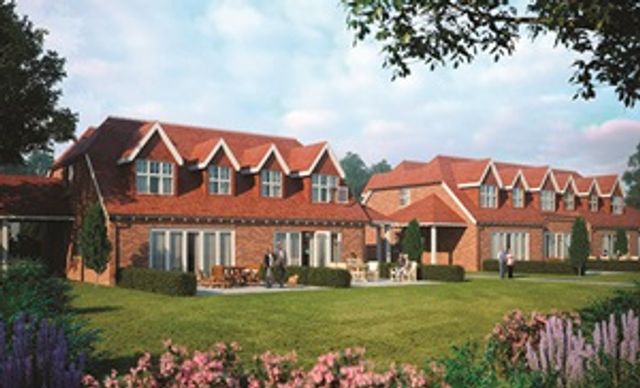