It has been a busy old week in the world of planning. The Repeal Bill has been published, albeit under a new name; St Albans lost its judicial review challenge against the finding that it failed in its duty to co-operate when preparing it's local plan; and Facebook announced that it is going to build a village to house its Silicon Valley employees.

Amongst all of this, it would not be surprising if you had missed the news that Newark and Sherwood District Council, the first in the UK to adopt CIL, has not actually spent any of the receipts on infrastructure projects as yet.

In many ways, this should not come as a surprise. The CIL Regulations are designed to raise funds for infrastructure, not to ensure that it is actually delivered. Although charging authorities are placed under a legal duty to use the funds for the provision, repair or improvement of local infrastructure; the regulations do not set out any guidelines about when the funds need to spent, or what happens if they are not spent at all.

In addition developers are expressly prohibited from paying CIL due on a scheme by the delivery of infrastructure projects, if the project in question is actually needed to make their own development scheme acceptable in planning terms. For those looking to make payments in kind by delivering an unconnected infrastructure project, they will have to navigate a byzantine and complicated procedural maze in order to do so. In essence, this places the burden of delivering infrastructure projects on local authorities who may not have the funding, expertise or resources to oversee the projects.

The fact that Newark has not spent its CIL Receipts chimes with the findings of the CIL Review Panel Report, published in February this year, that:

"there is evidence that CIL is not raising sufficient revenue to contribute effectively to the funding of the infrastructure needed to support development. A further consequence is that this infrastructure is not being delivered in a timely manner   ....

This effect has been exacerbated by the way in which CIL has effectively transferred financial and construction risk from developers used to delivering large projects to local authorities, often smaller districts, which lack the technical & professional skills or financial capacity to deliver."

DCLG originally promised to respond to the Review Report in the Autumn, so we will have to wait until the Budget to see if they decide to try and strengthen the link between raising funds for infrastructure and actually delivering it.

Community Infrastructure Levy (CIL) trailblazer Newark and Sherwood District Council has raised more than £1.5 million through the tariff since becoming the first authority in England and Wales to begin charging the levy. But figures contained in annual monitoring reports published by the council show that, as of April 2016, the Nottinghamshire authority has yet to spend any income from the levy on infrastructure. According to the figures, Newark and Sherwood Council - which introduced the levy in December 2011 - had raised just over £1.5 million of CIL receipts by April 2016. The figures show that it spent nearly £80,000 of the cash on administrative costs, and passed nearly £185,000 to town and parish councils under so-called "Boles bung" provisions. Examination hearings into a revised draft charging schedule being brought forward by the authority begin next month 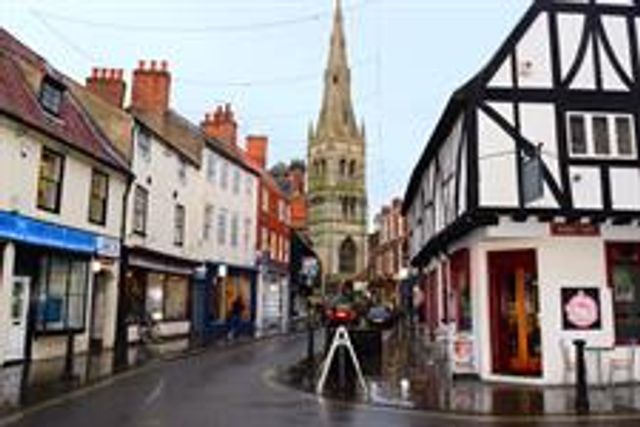