It has long been a pet theory of mine that government departments deliberately time their public consultations to coincide with the holidays.

Whilst it is highly likely that I am confusing coincidence with conspiracy,  we have recently seen a number of important consultations being announced (or released) just as the school term comes to an end.

Firstly, The Mayor of London opened a consultation last week on a revised charging schedule for Mayoral CIL.

The revised CIL charge is intended to secure for Crossrail 2.  Crossrail 2 being a second cross-London railway, building on the success of the first Crossrail project,  linking up the city and areas of South London with the South East of England. It is an infrastructure project which the Mayor is keen to pursue, but which requires legislation to get underway and which was conspicuously absent from the Queen's Speech this year.

The proposed charging rates are significantly higher than those currently adopted. In addition, for the first time, differential rates are proposed for hotel, office and retail uses in Central London and the Isle of Dogs. These rates would be instead of (as opposed to additional to) the general rate, but when combined with the local charging rates for these uses, could well have a significant impact on the viability of new commercial development projects in the capital.

The full consultation documents can be found here:

The consultation is open until 7 August 2017 and, given the potentially significant uplift in charging rates, I would strongly recommend responding if you are involved in development sites in London.

Moving away from CIL for a moment, the Secretary of State for Communities and Local Government also announced a new consultation yesterday. In a speech to the Local Government Association's annual conference he confirmed:

"that this month we will launch a consultation on a new way for councils to assess their local housing requirements, as we promised in the housing white paper."

This consultation will be crucial, as it relates to the much vaunted standardised approach to assessing both housing need and housing land supply - which was set out in the Housing White Paper earlier this year.

Whilst a standardised approach was generally welcomed at the time, most commentators expressed some reservations, on the basis that it would only be a useful step if the government got the methodology for such assessments right.  The consultation promised by the Secretary of State yesterday, will be the industry's first opportunity to gauge the approach to be taken and, as  such, may be one of the most important technical consultations that DCLG has issued for a number of years.

I am rather looking forward to reading it, although, on the current timetable, I fully expect to be doing so during the holidays!

A new Government consultation paper published this month will provide a “new way for councils to assess their local housing requirements”, Mr Javid said. Councils are expected to be asked to commission an assessment of how much and what kind of housing is needed in their area. Councils will then use it to inform the housing target in the local plan which sets out where new homes can be built. The target will be reassessed every five years. The new way of calculating housing need is expected to result in increases of up to 25 per cent in housing forecasts in the Home Counties, campaigners fear. 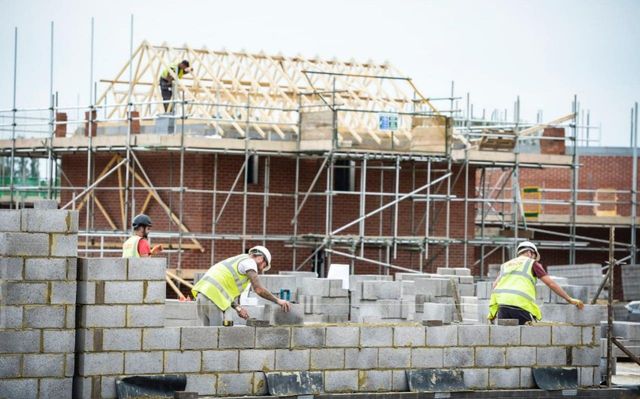