The Liberal Democrat Manifesto opens with an admission that they will not win the general election. The stated aim is to become the primary opposition to a conservative government.  This opening statement sets the tone for what follows: an expansive, wide ranging set of policies, which the Liberal Democrats do not expect to be able deliver.

The Liberal Democrats have a much more diverse manifesto than Labour, but I have tried to group the planning related policy proposals around broad themes where possible:

The key promise on housing is a commitment to reach a house building target of 300,000 homes a year by 2022. This would include the provision of half a million affordable and energy-efficient homes by the end of the parliament.

In order to reach this target, the government would directly commission development projects and set up a new government backed British Housing and Infrastructure Development Bank. The Bank's remit would include providing long-term capital for large developments and helping to attract investment into major house building projects.

In addition, the Lib Dems pledge to create at least 10 new garden cities in England; although, as they do not make the same promises as Labour to protect the green-belt, they may find it slightly easier to find locations for them.

Other planning related pledges include:

In addition, the Liberal Democrats are proposing to increase local authority powers to enable them to:

Very few of these ideas are entirely new. The prospect of a community right to appeal and penalising land-banking have been around for some time. To date, however, they have not been acted upon. In part because they are deeply unpopular with the development industry and could well undermine that 300,000 homes per annum annual house-building target.

The Liberal Democrat Manifesto also contains quite a long list of infrastructure projects, which the manifesto pledges to deliver, including:

Again, there is a focus on investment in the transportation system (and rail in particular), which may not be that surprising given the misery caused by Southern Rail over the last year.

The manifesto is also very keen to show its 'Green Credentials'  with pledges to expand the renewable energy sector. In particular pledging to restore government support for renewable energy developments 'in appropriate locations' and setting a target of generating 60% of energy from renewables by 2030.

New legislation is promised to set new energy-efficiency targets and to put the Natural Capital Committee on a statutory footing, set legally binding natural capital targets, including on biodiversity, clean air and water, and empower the NCC to recommend actions to meet these targets .  The zero-carbon standard for new homes is also to be restored.

Pledges are also made to increase the number of cycle routes and significantly increase the amount accessible green space in the UK by completing the coastal path and creating new 'national nature parks'.

The key pledges, from a planning perspective, in this respect fall into two main categories; policies to strengthen devolution to local government and the regions; and policies intended to reduce 'meddling' in local decisions by central government.

Having spent the last few months dealing with the consequences of an increasingly interventionist Secretary of State for Communities and Local Government, the last of these pledges is actually rather appealing.....

The housing crisis in Britain has become an emergency. For far too long Britain has built many fewer homes than we need; unless we build enough to meet demand, year after year, we will find that housing costs rise further out of reach. That is why we have set an ambitious target of increasing the rate of housebuilding to 300,000 a year – almost double the current level. These new houses must be sustainably planned to ensure that excessive pressure is not placed on existing infrastructure. We will: Directly build homes to fill the gap left by the market, to reach our house-building target of 300,000 homes a year, through a government commissioning programme to build homes for sale and rent. We will ensure that half a million affordable, energy-efficient homes are built by the end of the Parliament. 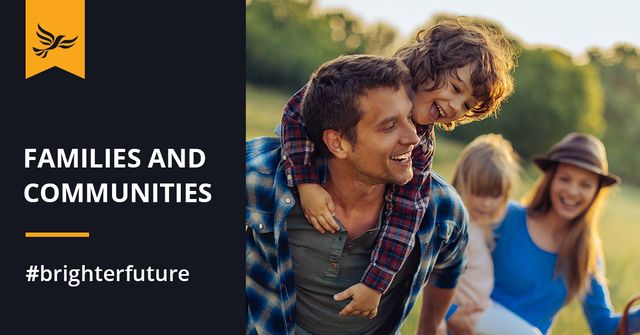