The 'duty to co-operate' appears to have been a problem for local planning authorities ever since it was introduced.

The original intention was to replace what was seen as 'arbitrary top-down regional targets' with a more locally-led, collaborative approach which still provided a framework that allowed strategic, cross border, decisions to be made. Unfortunately, that is not what has materialised.

Last week, Planning Resource published an article highlighting eight recent clashes between local planning authorities. All eight cases centred on the fact that the Councils simply could not agree on how to deal with housing need across local authority boundaries.

Whilst there appears to have been a concentration of conflicts in the last 12 months, these disputes are not new: Alyesbury Vale fell foul of the duty to co-operate in 2014, and Central Bedfordshire Council's issues with the duty have been before the courts on more than one occasion.

The difficulties that arise are not just as a result of a failure to communicate, or indeed to agree on a proposed course of action. It can be far more fundamental than that. Local Authorities can have vastly different priorities to their neighbours - particularly when it comes to decisions, such as housing, which are likely to be political or contentious. Without a binding framework in place that can reconcile (or in the worst cases override) these differing priorities, it is far too easy to end up at an impasse.

One recent example of this can be seen in Wealden's approach to new housing developments in neighbouring local planning authorities.

Earlier this year, Wealden Council successfully judicially reviewed the South Downs National Park Authority's joint local plan in so far as it related to that part of Lewes that fell within the SDNPA's boundary.

The challenge succeeded because the Joint local plan did not effectively address the issue of the cumulative impacts of the joint local plan and the Wealden Local Plan on the Ashdown Forest Special Protection Area (SPA) (as it was based on defective advice from Natural England).

The Council has also started to object to housing developments and allocations in neighbouring authorities on the basis of potential impacts on the Ashdown Forest.

Despite this 'cross-border' approach to protecting the SPA from the impact of additional developments. Recent reports indicate that the package of mitigation measures that Wealden is currently preparing to overcome its current embargo on development that will impact the SPA only deals with the proposed levels of development set out in its own local plan. This leaves the neighbouring authorities to find solutions to Wealden's objections on their own. (a good summary of the Wealden situation can be found using the link at the bottom of the page).

The proposed solution to this type of impasse, set out in the Housing White Paper, is to 'encourage' local authorities to prepare joint local plans where cross border strategic planning is failing to materialise. Whilst this would be a step in the right direction, it is unlikely to resolve all of the types of conflicts which arise. Not least those which are a result of a clear (and irreconcilable) difference of opinion. In those cases, there needs to be an over-arching arbitrator or body that can impose a solution. Whether this can continue to be the Secretary of State will need to be seen: given the current general election and our impending exit from the EU, he is likely to be rather busy for the foreseeable future...

Disagreements between neighbours have a way of getting out of hand. When disputes arise, the recommended advice is for both parties to discuss the problem and attempt to find a solution amicably. The suggested approach seems to be the same whether the problem is loud music, towering hedges, or plans to build 3,000 homes next to the boundary with your neighbouring local authority. In the past nine months, a series of disputes have erupted between councils over housing proposals in draft local plans. Some commentators blame the sweeping away of regional plans by the coalition government in 2011 and their replacement with the duty to cooperate... ... the housing white paper, said it would seek to encourage joint local plans where "effective cross-boundary planning" was needed but not happening. 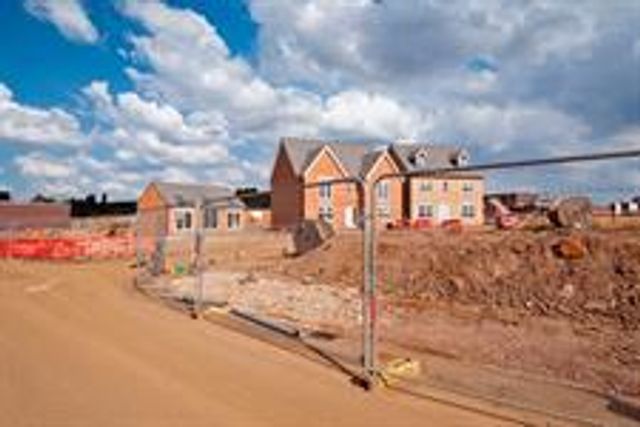 Neighbours at war: how councils are falling out over housing need https://t.co/Ap88qftNeM

Neighbours at war: how councils are falling out over housing need | Planning Resource https://t.co/XLHwzdTrDH