The nation is about to go to the polls. This time, however, the electorate in six regions of the UK will be tasked with electing their first 'metro mayors'.

The elected mayors will oversee new combined authorities, each of which will inherit a wide range of devolved powers under a bespoke devolution agreement negotiated with central government.

It will not be a great surprise to anyone that a number of those devolved powers and responsibilities relate to planning.

How influential the new mayors are likely to be, in planning terms, will depend on the devolution deal for the relevant city region and on the manifesto pledges of the successful candidates.  As such, the rest of this post is done on region by region* basis:

This will be supported by a new Housing Investment Fund,  worth £300m over ten years, which is to be controlled by the Mayor. The intention is to use the fund  to provide recoverable loans to suitable private sector developers, to incentivise the delivery of housing on appropriate sites.

In addition, the new combined authority will also have powers of compulsory purchase to facilitate development.

The Mayor will lead the Liverpool City Region Combined Authority, which will significant planning powers.

The combined authority will set up a land commission, jointly with central government, to coordinate the release of public sector land for housing development.  A Mayoral Development Corporation will also be  created to assist with delivery of the regional framework and will be granted compulsory purchase powers; although the combined authority's consent will be required in order to exercise them.

The Mayor will also control a £30m per year funding pot, which will run for 30 years, which is intended to support HS2 opportunities and other growth initiatives.

The Mayor will lead a new combined authority, although one which does not benefit from some of the generous funding packages for development that are seen in other regions.

The combined authority will have access to an investment fund of £36.5m per year over 30 years to promote growth in the region, but has not obtained additional central government funding nor sought the ability to vary business rates in the region.

That said, the West Midlands Combined Authority will inherit significant planning powers when it is created, including the ability to create local plans and use compulsory purchase powers. The intention is for the combined authority to work with the Communities Agency to develop a joint approach to  strategic planning and housing allocation across the combined authority area,

The devolution agreement also includes provision for the creation of a land commission to work with  central government to ensure a supply of public land is made available for development.

The Mayor will lead a new combined authority which will have significant powers over new funding.

In particular, the combined authority is empowered to create a Tees Valley Investment Fund, which be used to deliver a 30 year 'regional transformation programme', giving Tees Valley a large amount of autonomy over spending.

The combined authority will also control a £15m per annum funding pot, provided by central government, to facilitate infrastructure and business development projects. This funding will also be provided for a 30 year period.

In a similar deal to that struck by the Liverpool City Region, the combined authority for Tees Valley will set up a land commission  to coordinate the release of public sector land for housing development.

A Mayoral Development Corporation will also be  created to prioritise housing on under-developed land, although the Corporation will be directed by the combined authority and will need to obtain its approval in order to exercise its powers.

The Mayor will lead a new combined authority comprised of Cambridge and Peterborough Local Planning Authorities.

The combined authority has signed up to some fairly ambitious planning policy targets, having agreed to deliver 29,000 new homes by 2021 and committed to all of the planning authorities within the combined authority area having published up to date local plans by the end of 2017. The reward for this ambition appears to be the grant of £100m in funding to develop infrastructure and 2,000 affordable homes across Greater Cambridge, which is to be targeted at those areas which are currently the least affordable.

The Mayor will have the power to create a non-statutory planning framework for the combined authority area, as well as supplementary planning documents which will be material considerations for decision makers within the area.

Mayoral Development Corporations will be created, with the ability to deliver strategic development sites, and a Joint Investments and Assets Board to review all public land which may be suitable for development.

A land commission will also be created to develop a database of available development sites and help the combined authority meet its housing goals.

The Mayor will lead a new combined authority containing a large number (but not all) of the local authorities  in the West of England.

The combined authority is empowered to:

The Mayor will also have a more formalised planning structure within which to exercise his/her powers.

The combined authority is empowered to prepare and adopt a Joint Spatial Plan, which sit above the local plans in the region and link them together. The Joint Spatial Plan is already well advanced  (see  https://www.jointplanningwofe.org.uk/consult.ti for more information) and is being designed to boost housing delivery across the combined authority area. A Joint Transport Strategy is also being prepared, to support the delivery of the Spatial Plan.

In addition the new Mayor will have a raft of new specific planning powers available to them, including the power:

A Mayoral Development Corporation will be created, with the ability to deliver strategic development sites, and a Joint Assets Board will be set up to make public land available for development.  In addition the Mayor will work closely with central government to identify large sites suitable for housing development and remove barriers that are preventing them from coming forward.

The powers granted to the new Mayors (and the funding available to support them) vary depending on their location and the ambitions of those negotiating the devolution deals for each combined authority.  How these powers are implemented, and the impact they will have on the ground, will very much depend on who ends up in the driving seat following the elections and the level of co-operation that can be achieved from the planning authorities which comprise the new combined authorities.  In any event, this does have the potential to be significant, so it is well worth paying attention during the election campaigns.  The winners on May 4th will have both the powers, and the opportunity, to certainly cause some sparks!

* At this point, I must say thank you to Mark Gough, our current planning trainee, who analysed all of the devolution agreements for me. It took a lot of work!

A devolution revolution is set to sweep across some of England’s biggest towns and cities next month as voters go to the polls to elect their first metro mayors. Six regions – Greater Manchester, Merseyside, the West Midlands, the Tees Valley, Cambridgeshire and Peterborough and the West of England – will each elect a ...new leader on May 4. The elections are the culmination of plans to devolve powers from Westminster by the former Chancellor George Osborne, who said in 2015 the “old model” of trying to run the country from London was “broken” and cities needed to “take control” of their own affairs. Together, the new mayors will represent almost 10 million people and economies worth £200bn, and will be handed sweeping powers over transport, housing, jobs and skills in the most radical overhaul of local democracy since 1974. 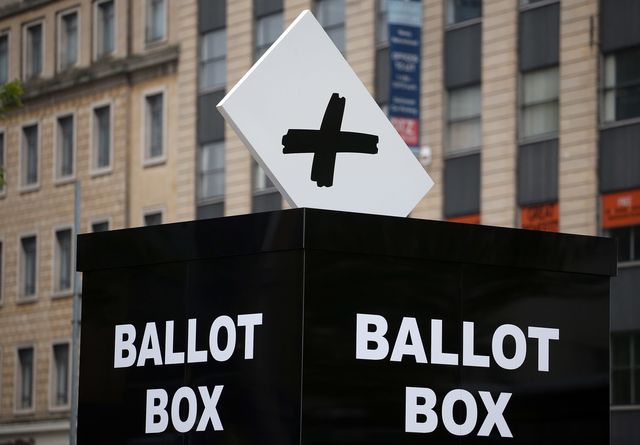 Make sure you vote for the metro mayors in the devolution revolution https://t.co/3Nr2hIdWPY pic.twitter.com/rhWrkt7H4K