Given the widely publicised events of this week, you could be forgiven for missing the declaration of war that was hidden in a speech by  John Hayes, a  minister in the Department for Transport.

The war in question is on "brutalist" architecture - the style of stark, function-over-form, concrete heavy development which was fashionable in the late 50s and early 60s.

Mr Hayes described these types of buildings, which Historic England is busily listing at the moment, in far from glowing terms. In fact his exact words were:

"The aesthetics of our built environment – including our transport architecture – has suffered from what Sir Roger Scruton has called the Cult of Ugliness.

“Be warned! The descendants of the brutalists still each day design and build new horrors from huge concrete slabs to out of scale; rough-hewn buildings, and massive sculptural shaped structures which bear little or no relationship to their older neighbours.

“Consider swathes of the worst of our towns and cities; then say that I am wrong.”

Needless to say, a large number of people have taken him up on the offer to do exactly that.  Not least, the Royal Institute for British Architects and (although this is purely conjecture) the officer at Historic England who gave Grade II listed status to Preston Bus Station in 2013.

All of which leads me to the following question - if the cutting edge designs of the 1960s are so loved and loathed by the people living in them today - how will the developments of today be viewed in fifty years time?

Though the style had fallen out of favour with architects by the 1980s, it has recently seen signs of a revival in interest – with a push to list famous buildings built in the style. Examples include Preston Bus Station, which was granted Grade II listed status in 2013 after attempts to demolish it by the local council. Prince Charles famously slammed brutalist and other modernist buildings in a 1984 speech to the Royal Institute of British Architects, describing one proposal as a “monstrous carbuncle” In his speech this week Mr Hayes said: “The overwhelming majority of public architecture built during my lifetime is aesthetically worthless, simply because it is ugly. 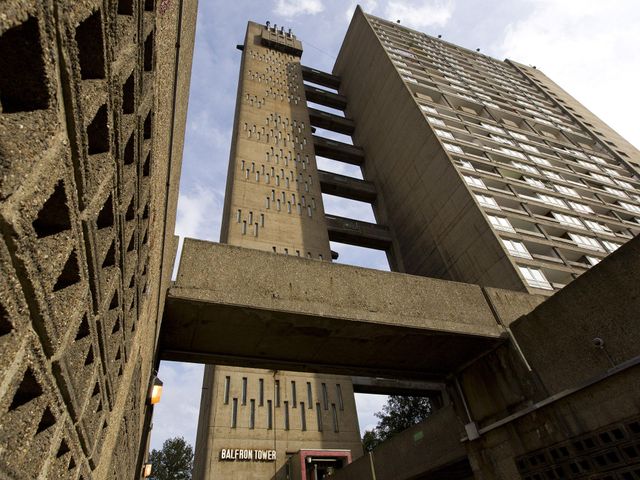