Waiting on decisions from central government can, on occasion, feel a lot like watching the proverbial pot that never boils.

The most eagerly anticipated decisions always seem to take a considerable amount of time to be considered, debated and (finally) announced.

We do, however, appear to be getting close to hearing the outcomes of number of long-awaited decisions. The Heathrow or Gatwick question will be answered, at least provisionally, during the course of next week; The CIL Review Report has finally  "landed" on the Minister for Planning's desk; and hidden in the small print of a Conservative Conference press release, we have a further commitment to extend office to residential permitted development rights to include the demolition of the original property and rebuilding it in a more appropriate form.

The proposal to include the ability to demolish and rebuild in office to residential permitted development rights has a long history.  Brendon Lewis first announced the proposal on 15 October 2015, in a speech which was largely overshadowed by the launch of the Housing and Planning Bill.  They were trailed again in November 2015, but failed to make an appearance in the revised General Permitted Development Order (which was published in February and came into effect in April 2016).

It was widely assumed that the measures had been dropped, but hints were given in March that they were still under consideration. This rumour, finally, now appears to have been confirmed.

Given the popularity of office conversion projects, the rights, if adopted, are likely to be widely used. As a result, they are also likely to be controversial - particularly with local councils who are seeking to conserve employment land. We shall have to wait and see if this latest announcement means that the extended permitted development rights, finally, make it into draft legislation or whether they are kicked into the long grass, yet again ....

Buried in the small print ... was a promise to deliver ... additional homes by extending existing office-to-residential permitted development rights (PDRs) to allow for demolition of office premises and their replacement with housing "on a like-for-like basis". A source familiar with the government’s plans told Planning that the extension of the PDR rules would operate under a "prior approval" system and that "consideration is being given to the detail of the right"... The extension is seen as important because while the existing rights have proved very popular... allowing demolition could have even broader appeal. Andrew Whitaker, planning director at the Home Builders Federation, said: "A lot of housebuilders have shied away from PDR because of concerns about the quality of residential conversions. A lot will move into this game now." 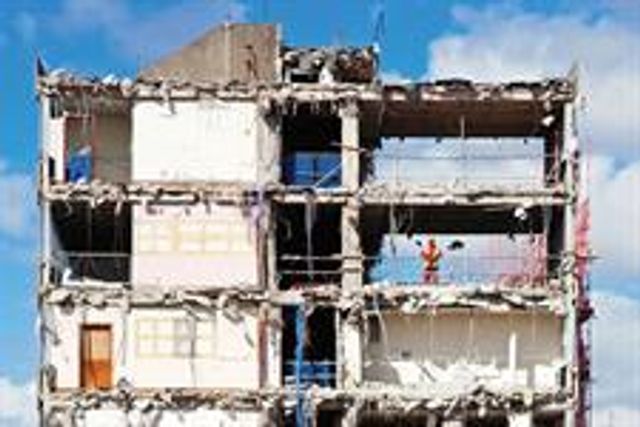 Is it time for a more holistic approach to 'sustainable' development?
Nicola Gooch

Build Back Beaver: Has the Government's planning agenda gone from 'radical reform' to sloth?
Nicola Gooch