For a highly protected species Great Crested Newts have made quite a habit of popping up in inconvenient places. As most in the industry will confirm, those places are often development sites.

The Telegraph has recently published an article providing a possible explanation for this. People are deliberately introducing the amphibians onto prospective development sites in order to prevent development.

Smuggling newts onto development sites is one of the great urban myths of the industry. Many people suspect that it happens, but to date no one has actually been able to prove it. Even the conservation group quoted in the article would not be surprised if incidents of newt smuggling had taken place.

The disappointing news for anyone considering the tactic is that it is not particularly effective. Whilst Great Crested Newts are heavily protected, developers can apply for licences from Natural England to move them from the development site to a suitable alternative habitat. As such, whilst their presence will add significant costs and delays to a building project, they are rarely enough to halt the scheme entirely.

The most any newt smugglers are likely to achieve is to give the smuggled newts a highly stressful, and illegal, holiday on a prospective development site before they are moved on for a second time. Something which is surely just as bad for the newts as it is for the developers.

However, he said he had been told of several cases, including one in which the newts were introduced at the site of a housing development near Andover, in Hampshire. These had to be moved at cost of thousands to the builder before work could go ahead. Even one of the country’s leading amphibian conservation groups has admitted the practice may have taken place “in the past”. ... The Amphibian and Reptile Conservation Trust conservation group said it would be illegal to move Great Crested Newts on to a proposed development site, just as it is to remove them without a licence. John Wilkinson, the trust’s scientific officer, said: “We’ve no evidence that this is ever happened and it is absolutely not something we would condone. However I wouldn’t be totally surprised if it had happened in the past.” 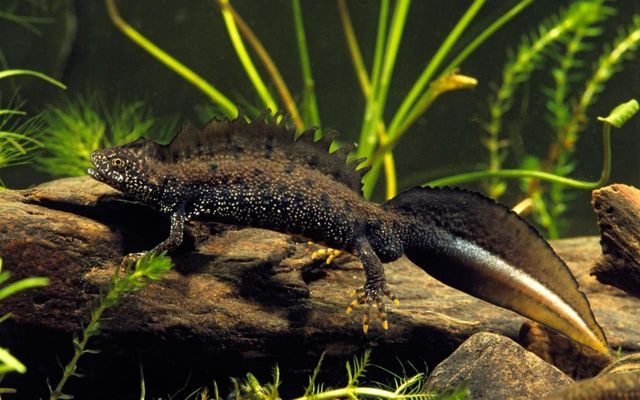 Rare newts 'planted' at development sites to stop the bulldozers https://t.co/vr11cCmXaf via @telegraphnews