On Friday, draft legislation was finally laid before parliament to bring these changes into effect. The new, amended, permitted development rights will come into effect on  6 April 2016.

The key changes are as follows.

As previously announced, the permitted development rights for office to residential conversions have now been made permanent.  Unfortunately the proposal to include rights to demolish and re-build as part of a conversion scheme has not made it into the draft legislation.

The new rights are also subject to new grounds for refusal on an application for prior approval. In addition to highways impacts, contamination and flood risks; applications can now be refused if the noise arising from nearby commercial premises will have an unacceptable impact on residents of the finished scheme.

As the conversion rights are now permanent,  prior approval decisions have been given a life span. The right to convert a specific scheme will lapse if developments are not completed within three years of the date of the prior approval (whether expressly granted, or granted by way of a failure to respond to an application within the relevant timeframe).

Retail and Sui Generis to Residential

The previous retail to residential permitted development rights have been extended to also apply to laundrettes in addition to A1 and A2 uses, betting shops and pay day lenders.

The new expanded right includes some building operations, although this is limited to works 'reasonably necessary to covert the building...to a use falling within Class C3'.

The prior approval procedure and grounds on which an application can be refused remain unchanged.

We have a new permitted development right for premises in light industrial use to convert to residential use.

The new right is subject to very restrictive time conditions, the application needs to be made after 30 September 2017 and determined before 1st October 2020.

The amount of floorspace that can be converted using the right is limited to 500 square metres gross internal area  and It is also subject to the usual geographic limitations and restrictions.

The right is subject to prior approval and can be refused on highways, contamination and flood risk grounds. It can also be refused if the introduction of residential  use of premises in the area would ' have an adverse impact on the sustainability' of provision of industrial uses in the area, if the area in question is 'important' for the provision of those services.

The rights  have a three year life-span and expire if the conversion has not been completed within three years of the date of prior approval.

There are new permitted development rights relating to drilling boreholes for limited purposes in preparation for mineral extraction.

The Secretary of State is now under an express obligation to review the General Permitted Development Order at least once every five years and prepare a report on whether it is achieving its regulatory objectives.

The 1995 GDPO survived twenty years of regular amendment before being replaced, with any luck the duty to review will mean that the 2015 Order is consolidated a bit more regularly. 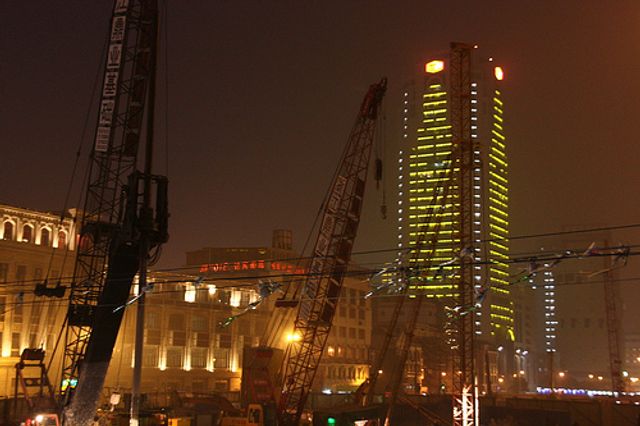