Football tends to operate by different rules to the rest of the business world. The level of pay, the fines, the lengthy fixed term contracts and the expensive transfers alone make it fairly unique.

However, France and Real Madrid are now grappling with a problem involving their player Karim Benzema that a lot of companies will have to face at some stage. What do you do when an employee is implicated in or even accused of a crime?

The first point to remember is obvious but often overlooked. The individual is innocent until proven guilty. No exceptions. The courts and tribunals take this seriously so simply dismissing or suspending just because the police have become involved or the allegation is particularly heinous is unlikely to be fair. Similarly being charged is not the same as being guilty. Indeed, even if the employee is found guilty of a crime the employer cannot just dismiss safely.

In most cases they will need to show the crime or allegation actually has or is likely to have an impact on the employment relationship and/or the individual's ability to carry out their role. For example, a speeding fine or loss of driving licence may not justify the dismissal of a secretary whereas a conviction for dishonesty against an FD probably will! Bringing the employer into disrepute is often cited but not always with any foundation.

Just as importantly the employer will also need to show on what evidence they are basing the action they wish to take whether that is suspension, discipline or dismissal. With the police often quite understandably reluctant to divulge what evidence they have this can leave the employer in a difficult position. Either proceed with scant information, try and accumulate their own but without the means of the police or wait to see how things turn out. As criminal processes can take months if not years both parties can be left in an unsatisfactory limbo. Added complications can be the reluctance of colleagues to work with the individual or the employer's fear of exposing other staff to risk.

Balancing these competing rights and interests is not easy. The best initial advice is to think carefully about the allegation or crime in question and what effect, if any, this may have on the business and the individual's employment. Weight the actual evidence available (rather than the hearsay) and only then proceed with caution.

Karim Benzema's France career threatened by sex tape case By Hugh Schofield BBC News, Paris 7 hours ago From the section Europe Image copyright Getty Images Image caption Karim Benzema (right) had reportedly had a conversation with Mathieu Valbuena during a training session last month Will France footballer Karim Benzema play on home turf in Euro 2016 or are his days on the national side over? That is the question exercising France's football scribblers. And most think he is finished. 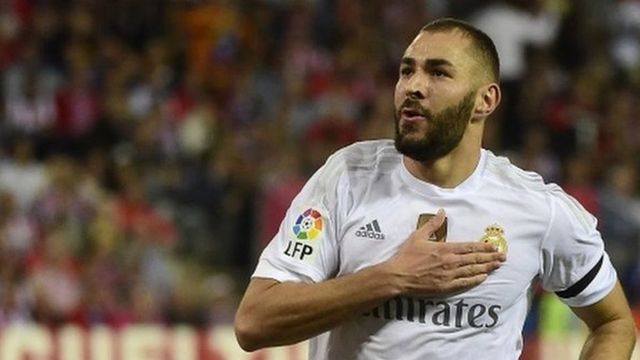 Can you be forced to work a Sunday?
Irwin Mitchell

Is nothing sacred at work?
Irwin Mitchell

Legal highs in the workplace. Are you covered?
Irwin Mitchell

What rights do our volunteers have?
Irwin Mitchell