Last month, the Public Law Project published its weighty research paper on Judicial Review. It won't come of much of a surprise to those who are familiar with the excellent work of the PLP to hear that this report backs up the position taken by the PLP, and others, on the Government's proposed and effected changes to judicial review since the Consultation paper was first published in December 2012. PLP's paper carefully sets out the criticisms levelled at the process (judicial review is a waste of public time and money, misused by claimants and can be a means of impeding the effective delivery of public services) before demolishing each and every one.

The report's conclusions note that claimants have a high chance of success - between 40 and 50% chance for cases falling into categories described as 'own fact' (particular fact) cases, 'procedure and policy' cases and 'wider public interest' cases. Further, even some claimants who lost enjoyed tangible benefits as a result of the process.

Of the 502 cases in the dataset, 78% were brought by individuals and only 22% by non-individual claimants, such as interest groups. That said, the sample size was reasonably small (502 cases between July 2010 and February 2012) and somewhat 'self-selecting' since the research relied on claimant solicitor and barrister reports and questionnaires and take up was around double when compared with from that from legal professionals for defendants.

The report also attacks the reforms concerning the availability of legal aid and seeks to demonstrate that legal aid money spent on Judicial Review can provide good value to the public purse since it is likely to secure real benefits for individuals faced with cuts to services or the cessation of services or benefits.

Whilst clearly partisan in its agenda and research sample (although it should be pointed out, not from a lack of trying) the report provides useful data and conclusions on Judicial Review and as such is a must for anyone whose work touches on the process.

We distinguished between three types of claim: ‘own fact’ cases, ‘procedure or policy’ cases, and ‘wider public interest’ cases. Of the 502 cases in the judgment dataset, we considered 374 (75%) to be ‘own fact’ cases, 88 (18%) to be ‘policy or practice’ cases, and 40 (8%) to be ‘wider public interest’ cases. The success rate for claimants was similar in each of these individuals were overwhelmingly likely to bring ‘own fact’ cases (80%), although 14 per cent of such cases were brought by corporations… This confirms the expectation that JR is commonly used by individual claimants to seek redress in relation to specific disputes where no other legal remedy exists. Our findings do not indicate the existence of widespread abuse of the system by claimants seeking to use JR for public interest or political purposes… 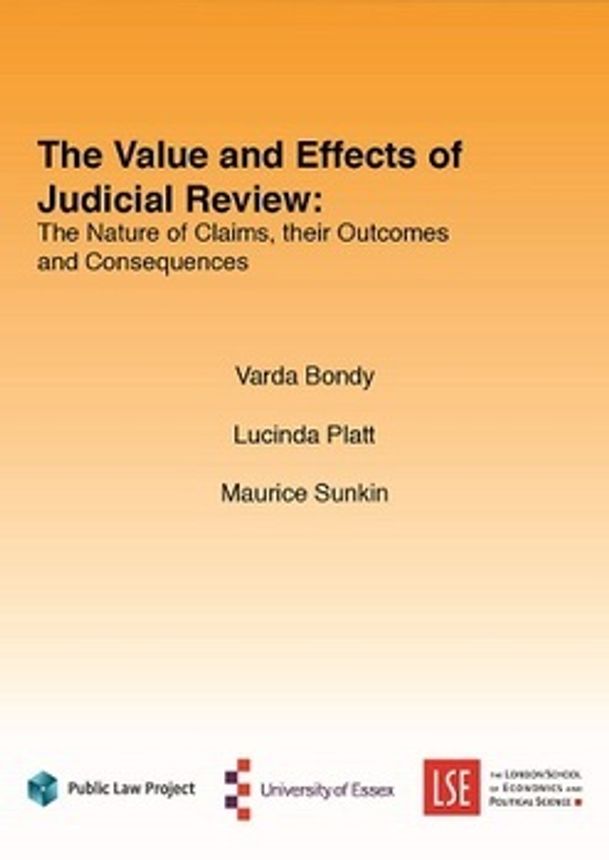 Why judicial review is valuable to society's most vulnerable https://t.co/YEHqYY7uJN <<< #JudicialReview

Why judicial review is valuable to society's most vulnerable https://t.co/bSJ5yPDdEx

Why judicial review is valuable to societys most vulnerable https://t.co/uypLAF8oNz

Rural Housing availability and affordability: Why there is trouble ahead
Irwin Mitchell